We are providing updates on our original post here to reflect the issuance of a final rule by the U.S. Treasury Department which will become effective on October 15, 2020.  Between November 2018 (when the first regulations implementing FIRRMA came into effect) and October 15, 2020 (when the Final Rule becomes effective), mandatory CFIUS filings were assessed with reference to an industry test, which asked whether the U.S. business receiving an investment or being acquired utilizes its technology in, or designs its critical technology for use in, certain industries listed in the CFIUS regulations (e.g., biotechnology, battery manufacturing, semiconductor manufacturing, and so forth).

The final rule disposes of that industry criterion and replaces it with a new test that asks whether a U.S. regulatory authorization (e.g., an export license) would be required to release the U.S. business’s products or technology to its foreign investor or acquirer pursuant to any of the four main U.S. export control regimes administered by the Departments of State, Commerce, Energy and the Nuclear Regulatory Commission. More specifically, the final rule requires transacting parties to determine whether a regulatory authorization would be required for the “export, reexport, transfer (in-country) or retransfer” of the critical technology of the U.S. company to the specific foreign investor or acquirer and certain other foreign persons or entities in that foreign investor’s or acquirer’s upstream ownership chain.

Unlike the comparatively simple (though somewhat ambiguous) industry test, which focuses on the business activities of the U.S. company, the far more complex regulatory authorization test focuses on the export control classification of a U.S. business’s products and technologies, as well as the principal place of business (for entities) or nationality (for individuals) of each of the foreign parties involved, including certain entities in the foreign parties’ ownership chains.

Practically speaking, the final rule will add complexity to assessments of mandatory CFIUS filing requirements – particularly with respect to the requisite export control/regulatory authorization analysis, and determinations of whether an investor is a “foreign investor,” and if so, such investor’s specific nationality.

Under the CFIUS regulations in effect prior to October 15, 2020, the absence of a mandatory filing requirement often could be ascertained relatively easily (e.g., by determining that the U.S. business in question does not operate in one of 27 sensitive industries listed in the CFIUS regulations). Under the final rule, mandatory filing determinations require more comprehensive diligence of both the U.S. business and the foreign investor(s) or acquirer.  The U.S. business may need to assess not only the products that it sells, but also the technologies related to the development, production or use of those products, as well as any technologies that are developed and tested for the U.S. business’s internal use only.  Foreign investors and acquirers may need to determine their own nationality and the nationalities of all foreign persons and entities in their upstream ownership chains.

Venture funds investing in U.S. companies that may be implicated will require more complex and detailed legal guidance after October 15, 2020 than previously.  Care should be taken to add as a “checklist item”, early in the investment process, an analysis of the potential target company for CFIUS purposes. 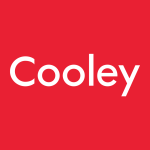 Advised Headline, a leading tech-enabled global venture capital firm, on the closing of its North America-focused early-stage fund, Headline US VII, with $408 million in new capital